Summer has been non stop. I have been entertaining all over the country!

Let’s see what I’ve been up to:

Entertained during pre-drinks at a stag do party in Brighton.
I received a tweet from one of the guys shortly afterwards:
Barry Lalanne – @eleventurtle: Just been dazzled by @MattParro – brilliant!

Amazed guests as a close up magician in Buckinghamshire for a joint birthday party:
“Matt, Many thanks for providing such mesmerising entertainment at our joint birthday celebrations last Saturday. Your slick and professional presentation was terrific and universally enjoyed by all of our guests. Should we ever need the services of a magician again we would look no further. Very clever and totally professional. Many thanks. Janet & Jeff.

Left guests speechless performing for a golden wedding anniversary as a magician in Crawley.

Performed stunning magic as an 18th birthday magician in Surrey:
One of the guests tweeted me after my performance:
Douglas Warr – @douglaswarr: @MattParro – Just witnessed his brilliant magic first hand at an 18th party. I’m speechless.

Stunned guests as a corporate magician in London:
Here’s one of the tweets:
Paul McCrudden – @crudden: I was absolutely done earlier by the brilliance of @MattParro and his sleight of hand. Even after I signed the card. 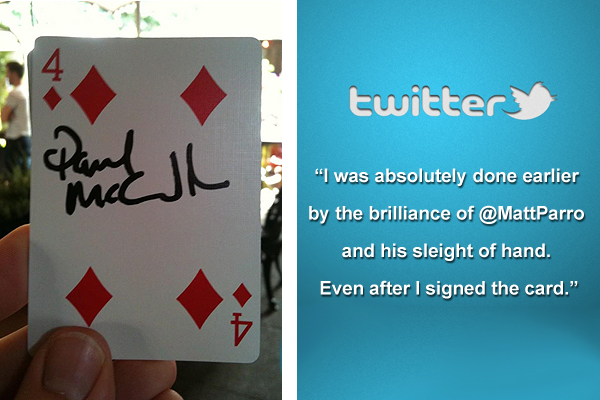 Provided entertainment for a surprise birthday party in Ashurst, West Sussex:
“Matt provided 45 minutes of close-up magic at my wife’s birthday party recently. I have to say that Matt was absolutely brilliant, and guests were all very impressed – most are still talking about him two weeks later! Matt is very personable and a great entertainer.”

Entertained and amazed guests at a civil partnership and 60th birthday celebration in Selsey:
“Matt was absolutely astonishing and his performance left all of us totally speechless.” 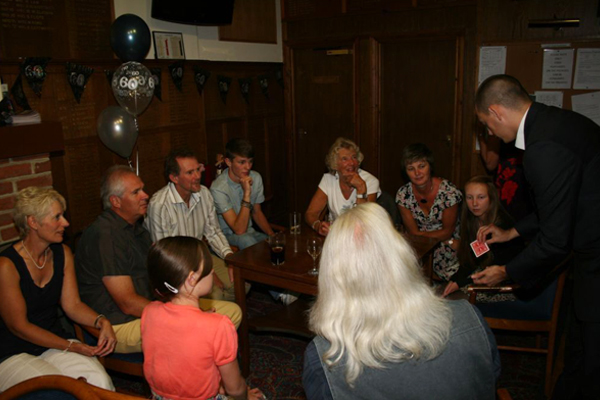